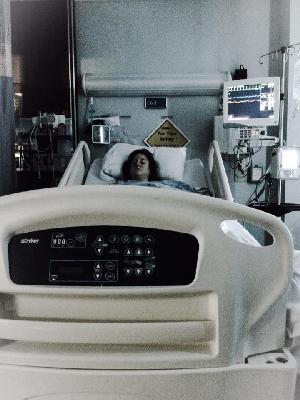 On May 21, 2015, I was admitted to Toronto Western Hospital after having 3 strokes in my cerebellum and medulla oblongata caused by a vertebral artery dissection. I spent a month and a half in the hospital/inpatient rehabilitation and about 8 more months doing outpatient work. I'm still impacted by a lot of lingering symptoms, but I'm doing a whole lot better now.

I'll be walking (with my cane) for the Heart and Stroke foundation just over 4 years later. That feels like a pretty big milestone. I'd really love help in reaching (and surpassing) my fundraising goal to help other people who may have to go through such a difficult thing.